NTM Members CLICK HERE to go to our members only area. From there you can pay dues or pay for your workshops.

Not yet a Member? Want to join? Need to renew? CLICK HERE TO JOIN. You will be able to pay dues and fill out the membership form. 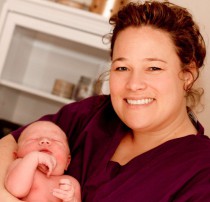 Christy began caring for women during pregnancy and birth 20 years ago, first as a student nurse completing her preceptorship attending home births with a nurse-midwife, including numerous times as a friend acting as a doula, then as a nurse in the hospital, and finally as a midwife.
Moving to Texas in 2007, Christy started her own midwifery practice and has cared for hundreds of families around DFW since then.  As a midwife she focuses on weaving together the timeless traditions of midwifery with modern evidence-informed care.  Her greatest fascination in midwifery is how each and every woman she serves continues to teach her how to be a better midwife.
Christy has lived in the Philippines while training as a midwife, and she returned again in 2013 to help in the wake of a disastrous super typhoon, and she’s also spent a short time serving as a midwife in Tanzania, East Africa.  When not midwife-ing, you can find Christy and her newly-discovered green thumb tending to her houseplants and experimenting with gardening.  She loves following the sport of professional bull riding (she even owns some bulls too!), spends too many hours listening to podcasts, and dreams of living in the mountains one day.
You can find Christy at DFWbirth.com.  You can also email her at MidwifeChristy@gmail.com, or text or call her at 817-458-1808.
Christy Martin CPM, LM
DFWbirth.com
817-458-1808